# Fact 1:Did you know Spanish is the mother tongue of around 400-450 million people? This number makes it the world’s seconds most spoken language! (Yeah, Mandarian Chinese is still a winner with approximately 1 billion speakers, and English holds third position!)

# Fact 2:There are almost 21 countries that have Spanish as their official language including the continents Europe, Africa, and Central, South, and North America.

# Fact 3:Spanish is known as the Romance language! Yeah, you read it right! Knowing its relationships with other languages and the roots in can further help you better understand this language historically, linguistically, and culturally.

# Fact 4:Another fact is that Spanish is a phonetic language. This means when you pronounce letters consistently, each letter represents a definite sound. This also signifies that Spanish is a quite simple language for beginnersto learn, particularly when it comes to speaking and spelling.

# Fact 5:You would be surprised to know that the earliest Spanish texts were written over a thousand years ago!The Glosses of Saint Emilianus – Las GlosasEmilianenses had written in 964 that survive even today.

These fascinating facts reveal the Spanish language’s long heritage as well as its growth in the world today.We hopethese facts will encourage people of all ages to learn Spanish through private or group lessons, and to enjoy the many benefits that speaking Spanish can bring! 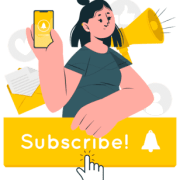